Family Camp is never a Kumbaya kind of event. There’s always some level of conflict.

I was mentoring a student named Leonard a couple years ago. Leonard, wasn’t terribly excited about the prospect of coming to Family Camp. He was excited to see his mom, but there was a level of animosity between him and his step-father. 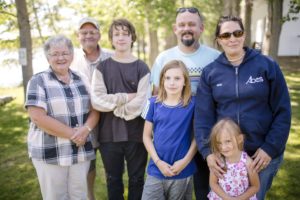 Now, please, understands this: As adults we see that Leonard has some wrong thinking here. You can love and respect both a biological father and a step-father. But Leonard wasn’t an adult, he was a teenager. Things tend to be more black and white, less nuanced. Teens feel before they think, and Leonard was feeling a lot.

After a day and a half Steve Frew, who had also been encouraging Leonard to engage with his family, gave Leonard an ultimatum: take part, or take off. 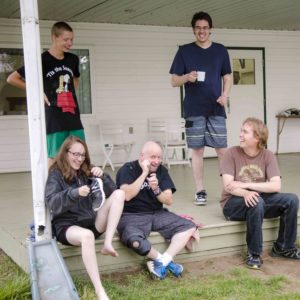 “Family camp is a time of rebuilding relationships,” Steve explained, “but there’s more here than just that. We’ve got lectures, chapel services, and lots of time to connect with other struggling families and get insight from the staff. If you’re not willing to engage with your family, that’s fine. The garden needs tending back at Rock Solid. You can head back there and do that while your mom and step-dad stay here and get all they can out of this week.”

You could tell that Leonard was caught flat-footed by this. He didn’t quite know how to respond. Up until this point his family’s entire week revolved around whether or not Leonard would choose to engage. Suddenly, that was no longer the issue. His family could still have a good and growing week without him.

We explained to Leonard that this wasn’t the ideal situation. We’d prefer that he engage and work through the struggles he and his family were experiencing. If he was unwilling, it was Leonard who would be losing out, not his family. 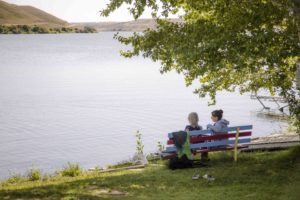 This conversation was a non-negotiable, but the context was left in Leonard’s court.  Steve laid out the options that Leonard did have. “Do you want to sit by the lake or go for a walk up the hill? Do you want myself, Rachel, or Paul to be with you two, or to go alone?”

This is an incredible technique that we often employ. Whenever there is a non-negotiable, give options within the non-negotiable. The conversation must happen. Where the conversation was, and whether or not an impartial person joined them, was left up to Leonard. Once the boundary was put in place Leonard was given some time and space to think about his choice. Whenever you establish or re-establish a boundary always give choices and then time and space for the person to consider their options.

Leonard agreed to a walk with his step-father and me. It was an incredible example of the power of the mundane. By simply being able to open up the lines of communication,  by being able to be in the presence of another without allowing the conversation to get heated, Leonard began to warm to his step-father. It wasn’t huge, but it was a step. 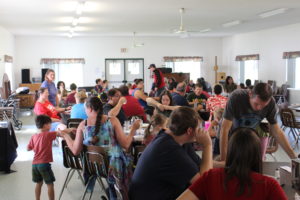 Leonard began sitting with his family. He spoke with them and shared some of his experiences at Rock Solid. He worked with them on the family chore assignments. It wasn’t without its struggles, but the family was moving in a positive direction.

In the final chapel session our speaker concluded his talk and encouraged families to discuss together what they had learned that night and over the course of the week. To open up and be vulnerable with one another. It was a call that he had made in some capacity almost every night. This time, though, instead of heading off to the kitchen for snacks and hanging out, Leonard and his family stayed in the chapel as everyone else quietly left.

Together Leonard, his mom, his step-dad, his Grandma and Grandpa sat, they wept together, and they shared the hurts and the pains of the past and planned a better path forward. A path of healing and of love.

This is the power of family camp. This is why it is so important. This is why we do what we do. And we want you to be a part of this incredible journey too. We couldn’t do this without your support. Your donation will help young men like Leonard and his family reconnect and build a better future.

Our family camp is fast approaching. Would you consider giving to help with the expense of running Family Camp?