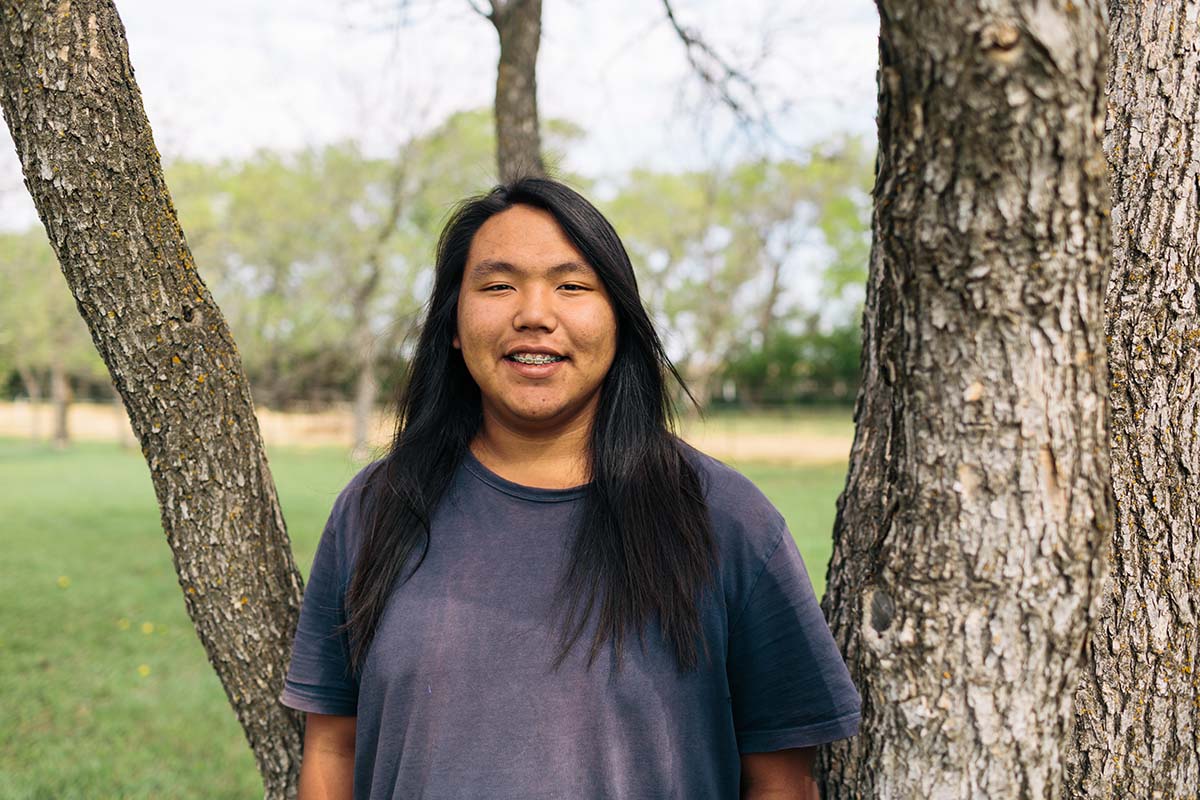 My name is Charles. I’m from Saskatchewan. I was adopted at birth.

In grade 9, I went to a big school where I was bullied by the kids in my class. This is when I started smoking marijuana, drinking, and cutting myself; I was depressed and tried to commit suicide a few times. I was first arrested one Father’s Day; and after that, I continued getting into trouble with the law, little things like stolen property and being drunk in public.

In grade 10, the girl I was dating found out she was pregnant, but she didn’t tell me. I later learned that she’d had an abortion without talking with me about it. I didn’t know what to think. By this time I was really depressed, and our relationship ended after that.

By the time I hit grade 11, I was experimenting with harder drugs and still smoking pot, heavily. One night I got very drunk and was picked up by police. I spent the night in the drunk tank, and the next day my mom got a warrant for me to go to detox. Following that, I went to a six-week treatment centre. While there, my mom visited and presented me with two options: either go to Rock Solid Refuge or live on my own. Reading through the Rock Solid handbook, I felt I would not want to go there. I decided to try living on my own.

When I arrived back in my hometown, I had nothing, only eight dollars to my name. I checked into a shelter for homeless people. After a couple of days, I realized I had made a horrible choice; I did not want to live like this. I called my mom; I broke down in tears and told her that I was willing to give Rock Solid Refuge a try.

My life has changed since coming to Rock Solid. I have now been sober for over a year, and I’m excited about a future without drugs. My schooling has definitely taken a turn for the better—I used to show up under the influence, and do nothing; but now my average is 86%. My mentor, Tim Cappelle, has been a picture of hope for me, showing me that true change is possible in Jesus Christ. I have begun to rebuild trust with my parents, and I am learning to focus on their needs above my own. I am excited to see these relationships restored. Through seminars, chapels, and devotions, I have learned a lot about the Bible and Jesus Christ, increasing my faith and understanding.

I am very thankful for my parents, sticking by me throughout this journey. They have always wanted the best for me. I am thankful for Rock Solid because it has had a huge impact on my life, helping me see the possibility of a good future. Thank you to everyone who has supported Rock Solid so that I could come here, making this change possible.